During the artist symposium KünstlerInnenklausur 07, U. Wagendorfer and Eva Beierheimer were commissioned to design the official symposium flags.
Their starting point was not to be visible by means of a flag and to stand out from the background, but rather to design flags, which at special points of view, overlap with the background and appear to dissolve in it. This localisation creates irritation while at the same time, builds an alliance between the symbol of power and the space behind it.
Two superimposed texts are an other element of the flags:
The definition of ”flags and flags” from a ”was ist was” (what is what) book of the school library stretches over the entire flag, a self-definition per se which questions the community symbol as such.
The second part of the text adds a personal and, in particular, temporal localisation. The vertical text volume contains the phrases and keywords of the conversations of the participating artists during the joint meals under the time of the symposium. 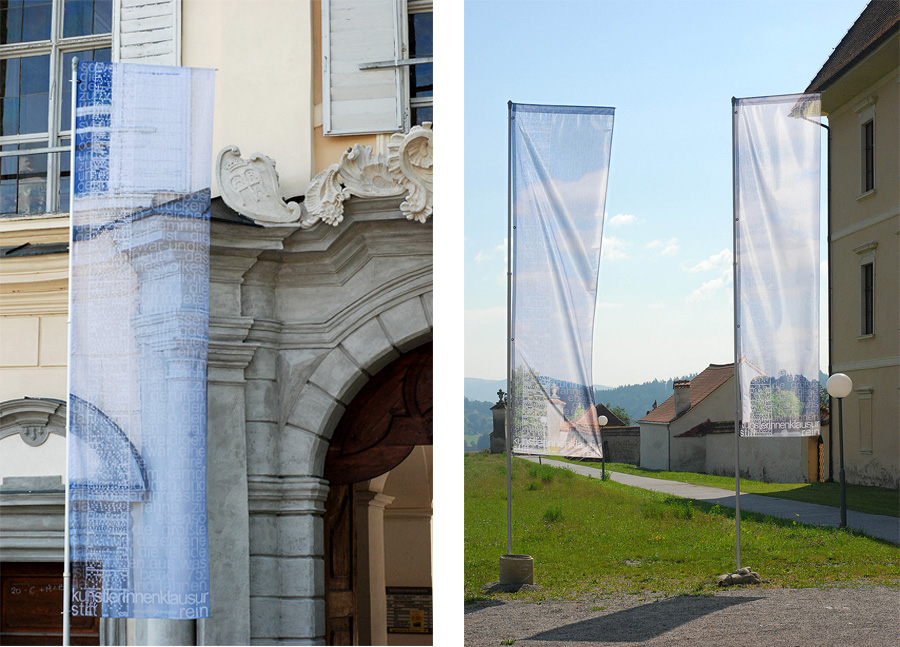 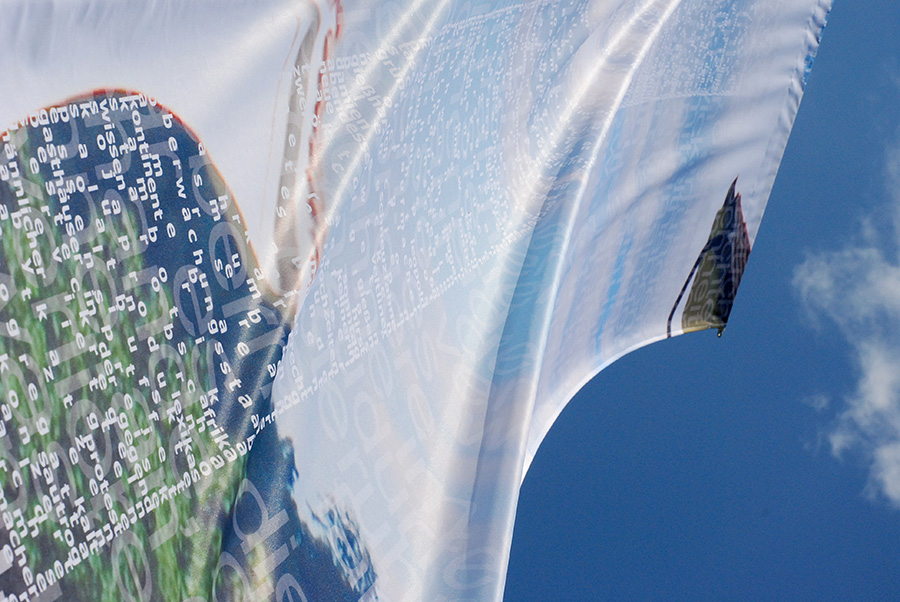 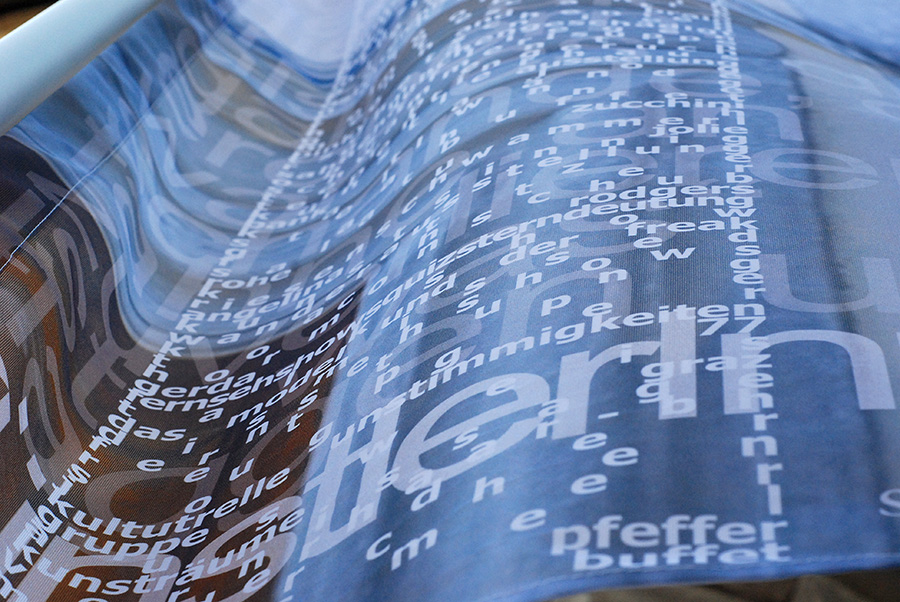