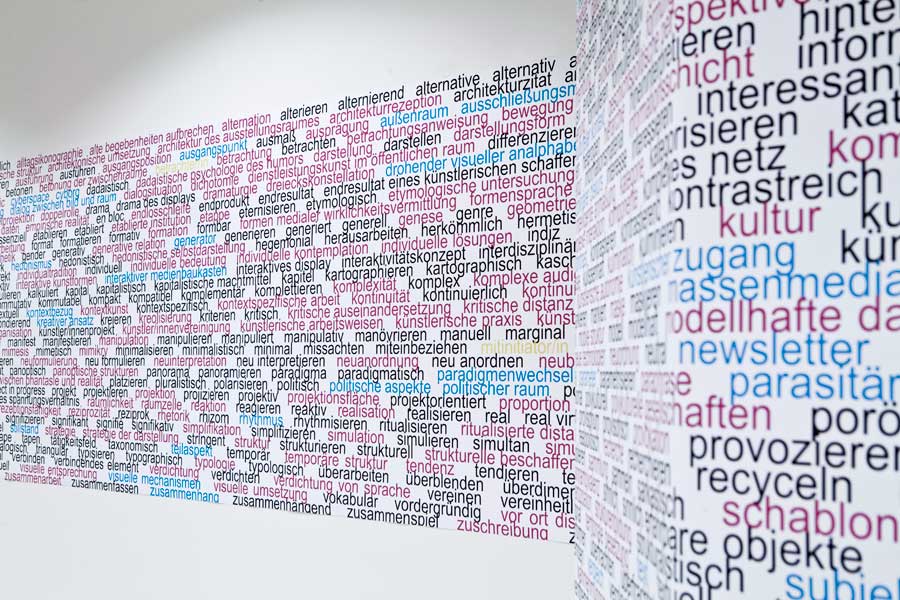 The substantives – referring to their grammatical genus – colored in cyan, magenta or yellow. Neutral substantives and the rest of the terms are black.
In German grammar substantives are classified in masculine, feminine and neuter, which suggests a correlation to the biological sex. In such a context, which refers to living creatures this attribution exists quiet often. However this in not obligatory. Terms used in the art context have apart from their specific grammatically classification very often a different gender attribution in terms of contents. This is supposed to be compared to the actual grammatical classification and wants to be examined.
Next to the banner an A4 catalogue of the coloured word-list is put up, which gives the viewer the possibility to reflect on this predetermined grammatical gender attribution and mark those which in terms of context and general usage is attributed towards a different gender. 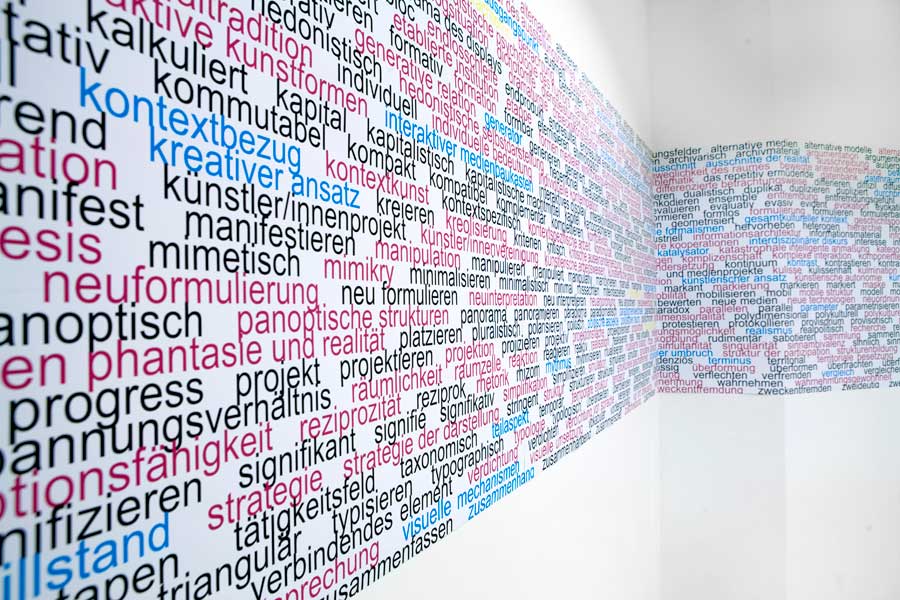